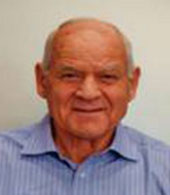 Mike is a qualified builder who has travelled and worked in most continents throughout the world. His vast experience, technical skills and ability to communicate well at all levels is renowned.

Most recent contract over the last eight months was with the Building Research Association of New Zealand undertaking the five yearly national building survey. This involved surveying a representation of the New Zealand housing stock, i.e. houses of different ages and types all over the country. Mike was responsible for undertaking the three previous national house surveys for the Wellington region. In a national television news and documentary programme Mike was interviewed on the technical and health aspects of the survey.

Mike’s was employed for 21 years at the New Zealand Building Research Association. His main roles while employed with the Building Research Association was as a Technical Advisor specializing in problem solving leaky buildings but was engaged in many other roles such as: the instigator of the “BRANZ Helpline”, testing of materials and systems, the presenting of National Radio programme of “Hammering it Home”.

The Edgecombe aftermath of the earthquake Mike was sent to monitor the damage relating to housing. The visit to Edgecombe was to record the type of damage to houses, the causes of failure, take photos and prepare and present a talk nationwide for people in the building industry relating to housing.
For three consecutive years Mike was one of the judging panel for the Master Builders House of the year competition.

Designed by The Design Company Ltd.